There is a dearth of research on the clients of prostitution, with only one percent of all the studies on prostitution dealing with this aspect (Perkins 1991). It is the first time that men have received so little attention while being at the heart of a problem, and this shows the extent of male solidarity in wanting to conceal their very unattractive role as pimps and prostitutors.

[...] According to Sven-Axel Månsson, the motivations of clients have more to do with the relationships between men and women than their sexuality and with the quest for sexual power than the satisfaction of a sexual need. Today, many women refuse to be dominated sexually by men. Men who are unable to accept this change find that in prostitution the old order is restored. Often, says Månsson, the compulsive need to resort to prostitution can be traced back to this relative loss of power. Many men pay for sex in order to be able to play a passive role and not have to acknowledge the needs of their partner.

At the same time, Månsson dispels a number of myths, including the one that prostitution saves relationships. In fact, the figures show that there are more divorces and common-law break-ups in cases where men have relations with prostituted women. Also untrue is the notion that there is more prostitution among lonely men : those who have numerous sexual partners are actually more likely to pay for sexual relations. As for the very popular myth that men have an irrepressible sex drive, social science research has demonstrated that sexuality, just like gender differences, is socially constructed. 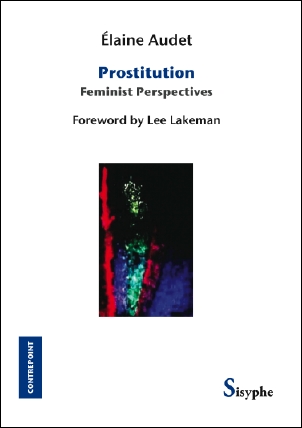 It was thought that the sexual revolution would reduce prostitution. Yet, as Månsson shows, it seems that one of the secondary effects of this revolution has been to reinforce the feeling in men that they have a right to unlimited access to sex. Sex has become a commodity rather than remaining a part of personal human relationships. Elvira Banotti (2003) writes that in Italy, the exploitation of women in those prisons called “houses of pleasure” is considered the highest and most moving form of relationship with women. Some writers sing the praises of brothels, describing them as places where women have successfully overcome their enslavement to family and to men, places that have contributed to the evolution of literature, art and civilization. From Banotti’s perspective, prostitution is part of androlatry and monotheism, of a pornographic culture which prevents women and men from having genuine relationships, of an art which has celebrated mute women, hence portraying women as still life.

Modelling their behaviour on the media and pornography, a growing number of men believe that they are entitled to overstep the norms. The mass-produced illusion of unlimited and available sex instils irresistible fantasies in men about their sexuality and gives them the impression that they never get enough sex. As a result, there is an ever-growing market for more and more demanding “sexual services.”

For feminists, the abolition of prostitution is a long-term goal that requires a re-evaluation of the social, economic and sexual relationships of domination and immediate measures to combat poverty and violence affecting women. Having allowed “houses of tolerance,” as brothels are known, are people now going to agree to live in “countries of tolerance,” turning the world into one big brothel where half the population is sexually enslaved by the other ?

Marie-Victoire Louis rightly calls for a modern abolitionist movement, aimed at putting an end to the never-abolished right of men to prostitute women, linking the fight against prostitution with the fight against pornography, and investigating and denouncing the vast extent to which procurers have deeply penetrated our media, culture, politics and economies, as well as numerous NGOs. This abolitionist movement would categorically condemn the women and men who have reprehensibly proposed the ‘right to be prostituted’ as the new paradigm for our society, hinting at a world where new rights would be recognized–the right to be dominated, raped, shamed, exploited, enslaved, assassinated–all of which are part and parcel of the system of prostitution (Louis 2003).

In Quebec, there is a consensus that all levels of government should stop treating prostituted women as criminals and should give them access to the health, social, legal and police services they are asking for, as well as to emergency shelters and long-term safe housing. There is also agreement that violent customers should be charged with criminal offences and that the police should protect women in prostitution and not harass and prosecute them. The debate focuses on the decriminalization of both clients and pimps. It is prostitution rather than prostituted women that must be targeted.