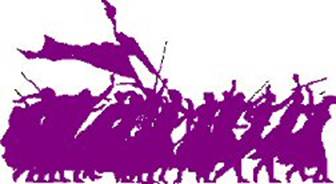 The International Campaign to close down Iranian Embassies would like to emphasize that the violation of human rights in Iran predates the election last June of Ahmadinejad. The report presented by Britain, France, and the United States on February 15, 2010 is misleading by stressing the abuses only occurred after the election. Right from the beginning of this regime, people in Iran have experienced various abuses and their rights have been violated as the government set out to establish Sharia Law as the laws of the state. These laws and regulations are the most anti-human, anti-women and anti-modernist. Such barbaric laws truly belong to the era of 1400 years ago. All concerned citizens globally must wonder whether we are talking about Iran as a state in 21st century.

Discrimination against women and the oppression of women have taken the most grotesque and outrageous forms against womens rights. These rights have been increasingly under attack through Irans enforcement of Sharia Law. Women are being subjected to abuse for disobeying Islamic standards. Daily degradation of women, prohibition from many forms of employment, field of study and sports, sexual segregation in buses, schools and public places, stoning to death of women or murdering them for sexual relations outside marriage, acid-throwing in the faces of women and flogging in public for putting on makeup, arresting and gang raping women are routine practices of this regime. Private cars are often stopped and the women and young girls are forcefully separated and insulted in front of other family members. And then, after being dragged away, other members of their family are assaulted too. Actions like these put the Iranian regime on par with the cruelty of the Taliban.

There is no need to send a team of investigators from the United Nations to do an "inquiry mechanism to shed light on these violation" as was proposed by the French, British and American governments. There is already a system in place. Access to all the reports of the three million refugees who went through UNHCR and have already been questioned about the abuse, torture and loss of beloved ones by execution is already at your disposal through the UNHCR offices. After, these reports were submitted to various countries ; the United Nation has access to the number of executions with names, gender, date of birth and pictures of dead bodies, sometimes through the victims family or victims organizations . There is no doubt that United Nations receives news, pictures, reports, letters, weblogs on YouTube, on daily bases, either from survivors or other members of victims with respect to the facts mentioned above. Reports of Amnesty International on violation of human rights in Iran is open to the public too.

Soon people in Iran along with concerned citizens globally will put all the leaders of Islamic regime of Iran on trial for all the heinous state crimes they have committed in Iran. But until then the International Campaign to close down Iranian Embassies has very rightfully demanded that Secretary-General of the United Nations, BAN KI-MOON, the United Nations High Commissioner of Human Rights and its senior management group, adopt a resolution for closing down all Iranian Embassies around the world. This is the least global citizens expect the United Nation do.

If the above mentioned crimes are not enough for such a resolution, then let us study the crimes this regime has committed against children.

There cannot be found any law or regulation that benefits children in general, in the Islamic state of Iran. The Convention on the Rights of the Child was never adopted by the Islamic Regime of Iran. Children are segregated at very young age. The hijib has been imposed on girls as young as 5 years old. In schools, the Sharia law is paramount and is teaching young girls to become submissive and young boys cruelty towards women and brutality towards girls. Furthermore, Sharia law has taken over the childhood children by preventing young girls and boys participating in social and leisure activities. Forced marriage and child brides are permitted and the husband can be as old as her grandfather. The Regime also has been involved in sexual trafficking of girls and children are sold as sex slaves. States with laws of Sharia have permitted short term marriages or sigheh. Young girls are sold into prostitution as short term marriages, in which these marriages can last from one hour to several years. In 21st century language a Child Brides is another name for abduction and rape and it is considered a serious crime. Children are being arrested, tortured, forced to witness torture of their beloved ones and raped by the officials in prisons. A virgin girl is raped first before execution.

Child labor is permitted and children are working in the most unbearable environment. Many have lost their health due to their jobs. According to Islamic Regime Authorities, over 5 million children have been prevented from attending school and are practically living in streets.

Highlights of above mentioned crimes against children and misery that this regime has caused these children living in Iran gives us the right to request the urgent matter before Secretary-General of the United Nations, BAN KI-MOON, the United Nations High Commissioner of Human Rights and its senior management group by the international Campaign to close down Iranian embassies, and that is to adopt a resolution to freeze all the bank accounts of the Islamic regimeâs leaders. Much evidence and documentation have come to light showing embezzlement of money belonging to the people of Iran by these leaders. These leaders who have committed state crimes and human rights violations, have pocketed huge amounts of funds into their personal bank accounts in Europe, Canada and other Western countries.

To prevent further crimes by Islamic Regime of Iran and to save the lives of the people in Iran, we believe the Secretary-General of the United Nations, BAN

KI-MOON, the United Nations High Commissioner of Human Rights and its senior management group need to act fast. We therefore expect a resolution be adopted by the United Nation to close down all Iranian Embassies for :